How to help Palestine as a college student 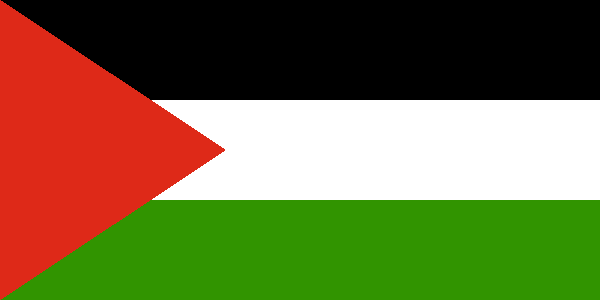 Palestine is under attack (and it has been for years), and it needs everyone’s help. But how could you help?

Before we get into this, I have to mention that this isn’t a political topic, this is a humanitarian one. So if you’re annoyed by this, I would gladly lose your following (without any hesitancy).

If you haven’t heard already about what is happening in Palestine, here’s a link that will catch you up to date:

What led to the most recent Israel-Palestine escalation?

If you would like a video, then this one by Subhi Taha is a great recap:

In this post, I will mention a few ways we can help Palestine & Palestinian people as college students. I’m going to try and make this as simple & concise as possible.

Do you know why Israel gets away with its inhuman acts? because they’re backed by the biggest countries in the world (especially the USA).

Pressure from the people of these superpower countries will ensure that governments will think twice before routing $3.8 billion to Israel.

Multiple media headlines from these superpower countries are also not helping while covering the story.

What even is the point of just talking & writing & reading? it’s not going to solve anything one may say.

Let me tell you why it’s powerful:

If enough people condemn & oppose Israel’s acts (and existence), Israel will at least have a harder time committing its crimes.

How can I educate myself?

By educating yourself first, you’ll then be able to share this information with others concisely.

I suggest you read the following to learn about the history (or to refresh your memory):

I would also suggest that you listen to Palestinian people and hear their stories & struggles. And with social media, connecting with people is easier than ever.

Just watch the following video and hear the struggles of innocent kids that are suffering just because they’re born Palestinian.

After you educated yourself about the matter, do whatever you can to share that information.

Even if you don’t have a huge following, sharing it with your close circle or using hashtags on social media is really helpful.

How can you educate others?

With online school, I highly suggest hosting meetings to discuss the topic.

This could be done with the help of a club in your university, or by doing it yourself (harder alone).

What if I’m not good at public speaking?

I believe everyone has their own strengths. If holding meetings and talking to people directly isn’t for you, don’t worry.

Other ways to help educate your peers (that have probably a greater effect ):

We all know the power of social media and how it affects every aspect of our lives.

Just in the past few years, multiple protests brought attention to multiple situations around the world that weren’t considered before.

Sharing & protesting won’t change the situation overnight, but it will make the occupier’s job much harder.

Social media is the strongest weapon (& almost the sole one) that Palestinians have to defend their basic human rights. So let’s help them with what we could.

If you’re still confused as to how this will help in any way, let me give you a simplified scenario:

And step 7 might be bringing freedom to Palestinians back… why not?

I haven’t published this post soon enough because I spent most of the time researching charities that are legit and trusted.

The most trusted charity that I could find is Qatar Charity. Since I lived for some time in Qatar, I know I can trust their charities.

You can donate using the link below:

If you have suggestions for other charities, please let me know.

Another way to help Palestinian people financially is by not giving money to the oppressors & occupiers.

It’s tricky to find what brands are associated with Israel exactly because there are always rumors, and some people confuse all Jews with Israelis/Zionists (which aren’t the same).