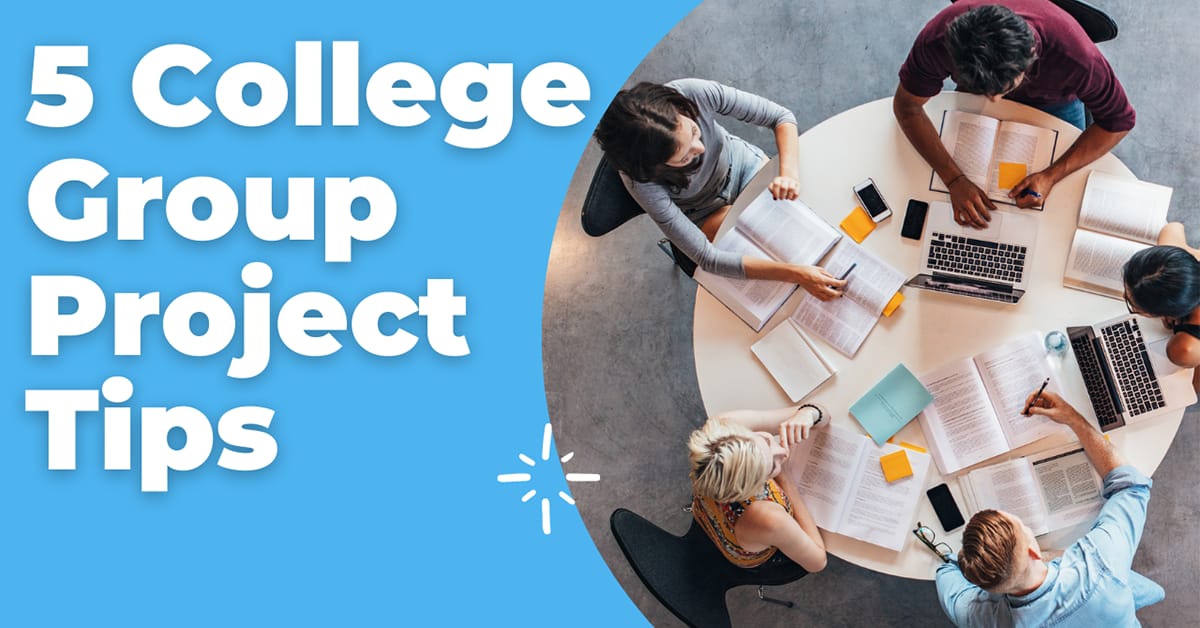 Group projects can be a great way to get hands-on experience in college. However, your experience greatly depends on how you approach them.

While some things are out of your control, there are some things that you can do to get the most out of these projects. I’m gonna share some college group project tips I learned after participating in several college projects in teams of varying sizes (2-4 members).

Get to know your project members:

Take some time while choosing your teammates at the beginning of the semester and have a meeting with them before committing (if possible).

In your first meeting, get to know your team members on a human level (don’t take it too far). They might be your new friends, who knows!

Beyond just small talk and getting to know them, talk about your expectations from the project to see if you’re a good fit.

In that case, you might be just good friends, but not work on the project together.

A mistake I see made by college students when they first start working on projects is that in the planning phase they focus solely on the final deadline of the project.

While an ultimate deadline is important, if you don’t divide that project into smaller milestones and deadlines throughout your timeline, you’ll end up doing the entire work at the last minute.

That’s just how human nature is.

The following video is a great Ted Talk about procrastination:

And this resource is great to get some basic ideas on team management and working with a group in general, which could be applied to college projects:

How to Organize and Plan for a Group Project

Communicate with your project members early:

This point is similar to the previous one. It’s important to divide your project and to have smaller milestones that build up to the bigger one.

And so it’s important to communicate with your team members early on to see if they did their part and are up to date with the schedule, or if they’re facing issues that they couldn’t solve.

Normally, this is the job of the team leader. But in college, students are still learning and figuring things out. So if the team leader isn’t doing their part, you can help them and your teammates out.

And this is really important so that if someone needs some help, other members can help early on in the semester when you have fewer deadlines and exams on your schedule.

But if the problems are left until a week before the final deadline, everyone is going to be busy with their own parts, or other exams and projects. And this could lead to an incomplete project that might affect everyone negatively.

Include a contribution percentage in the final report if necessary:

If, for some reason, certain members contributed significantly more than others due to a lack of interest from certain members, then don’t feel bad for including a percentage of work on the final report.

This is especially important in the case that you have a complex project that needs everyone on board to work hard to achieve the desired results, but someone decides this project isn’t for them.

It’s important to try and not get to this point (by following the first tip), but sometimes life happens and you have no other choice.

Talk to your professor in case of issues:

It’s important to remember that you still have access to your professor regarding the project work (shocker I know).

So if you’re having any issues with your team or the project itself, you can always let your professor know.

The professor will be able to guide you to the most optimal solution in a faster way than if you kept trying to solve the issue yourself.

For example: If a member refuses to do their part, or keeps ignoring you, let your professor know and he might tell you to either do their part yourself and you’ll get a bonus for it, or to just leave that part out.

The solution from professors sometimes isn’t optimal and is really frustrating, but after talking to them you at least know the alternatives.

How to help Palestine as a college student

A few ways we can help Palestine & Palestinian people as college students.